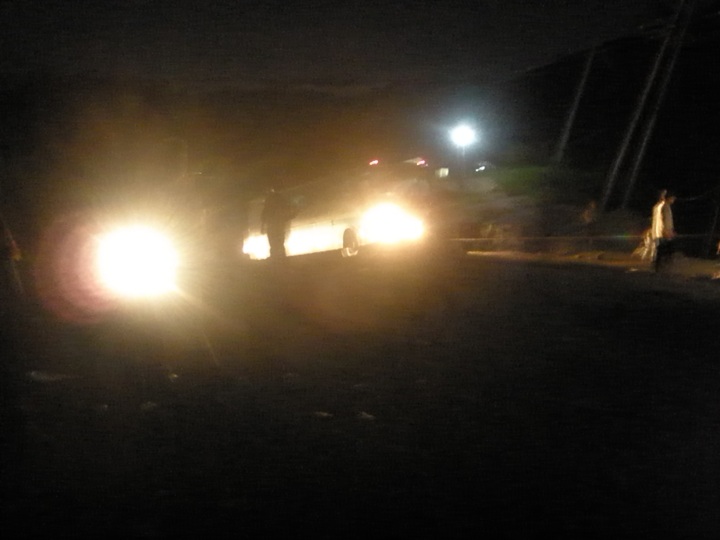 With the sky looking ominous overhead, I bounced on my toes for nearly an hour at Parapat Bus Terminal trying to regain some feeling in my extremities. In this state of increasing concern, it became clear that a deserted bus station did not represent the ideal place to start a voyage down the Trans-Sumatran Highway. The supposed destination: Bukittinggi.

I began the expedition with a ferry across Lake Toba amid a typhoon and was now starting to regret the decision intensely. Overhead, storm clouds were belching ominously again.

A snapshot of Sumatra’s untamed and dreamlike terrain waited. I prayed it wouldn’t rain.

As luck would have it, the heavens opened. The man at the ticket office surveyed the deluge: ’20 hours at least now! You leave in 10 minutes!’

My bus was little more than a steel cocoon, people and luggage vying for space in its cramped confines.

Its communal atmosphere was broken only by the smell of kretek (clove cigarettes) permeating the atmosphere which I found infinitely preferable to the myriad sweat, dried squid and oil fumes running riot.

Not so my fellow passengers; the rhythmic Indonesian Bahasa took on the qualities of a machine gun suggesting to the perpetrator that smoking in such a restricted space perhaps did not constitute the social thing to do.

I casually pocketed my lighter and pretended not to listen.

Instead, I watched the scenery surrender to the encroaching dusk and tropical storm. Lightning flashes momentarily illuminated the countryside, the paddy fields flooding their attendant foothills before expanding into vast walls of cloud, the peaks of the distant Bukit Barisan mountain range eerily overshadowing them.

The bus driver attacked the ascending mountain roads with Exocet precision, oblivious to the fact that the trails were more bog than road.

As dawn broke, the roads levelled, and we gratefully claimed the reward of a drastically changed landscape.

The early morning haze of the sun struck the wet surface of the roads and gave off a vapour that stretched over the vast plateau below.

The effect was one of floating above the skyline, which continued as we careered relentlessly through the countryside.

Gurgling rivers and winding forest roads, details shrouded in black a few hours previously, now sparkled in the mid-morning heat as I finally had a chance to appreciate the calm beauty of Sumatra’s quieter corners.

It was with disappointment and sleep deprivation that I alighted at Bukittinggi, a mere 22 hours after we set off. The sun was shining, and I wanted to see more of Sumatra’s beautiful natural landscape on this bus.

As the creaking behemoth continued down the Trans-Sumatran Highway, trailing feathers and fumes in its wake, I sat contentedly in my seat. Common sense had yanked me into the nearest cab and onwards to the nearest guesthouse. I wasn’t in the mood to argue.