Tourists are rare in Sumenep. Located on the eastern tip on the Javanese island of Madura, the regency enjoys an open, breezy setting and rocky landscape that bring to mind a sleepy Mediterranean town and Wild West wilderness. It remains, however, an offbeat destination with many foreign visitors flocking to nearby Bali instead.

As such, I was enjoying the friendly incredulity my presence continually provoked. ‘Why are you here?’ was a common refrain, shared not out of rudeness but genuine interest. My answer was always the same: Sumenep has plenty to offer the curious traveller, and it is home to one of Indonesia’s warmest welcomes.

Of a sudden, a stranger appeared at my side in Kota city centre. ‘Are you a pilgrim?’ he asked in semi-disbelief before happily introducing himself as Ramadan. Above us, the sun was at its early-afternoon peak as we weaved our way through a revving bottleneck of motorcycles. I sensed growing impatience as a red traffic light, the gridlock’s source, continued its infernally slow countdown.

‘Sure, why not?’ I responded, glad to have a purpose for the day. We were walking towards Asta Tinggi, Sumenep’s royal tombs and a renowned pilgrimage destination. Behind us were two of the region’s most impressive landmarks: Masjid Agung, the Great Mosque, and Keraton Sumenep, the palace complex. The former, a combination of Chinese, Javanese and Western architecture, boasted a striking white and yellow gateway, and the latter’s museum housed ancient relics, weapons and manuscripts that divulged much of Sumenep’s history. I hoped the tombs would do the same and was happy to inhabit the role of devotee if it meant the unveiling of more secrets.

While we walked, Ramadan weaved a simplified history of Sumenep. It was the region’s governor, Aria Wiraraja, who masterminded the formation of the Majapahit kingdom in 1293 that would shape modern Indonesia. Majapahit’s red and white royal stripes, symbolising courage and honesty, even inspired the country’s flag. ‘No Wiraraja, no Majapahit, no Indonesia,’ Ramadan intoned with a hint of solemnity.

All around us the sizzles and aromas of simple roadside cafes and restaurants insidiously advertised their wares. The smell of pisang goreng, fried banana, was particularly alluring but, figuring a pilgrimage would involve a certain amount of sacrifice, I declined the urge. Beside us, a man lazing on his becak rickshaw taxi looked at me inquiringly; he gave an understanding nod as I mimed walking. 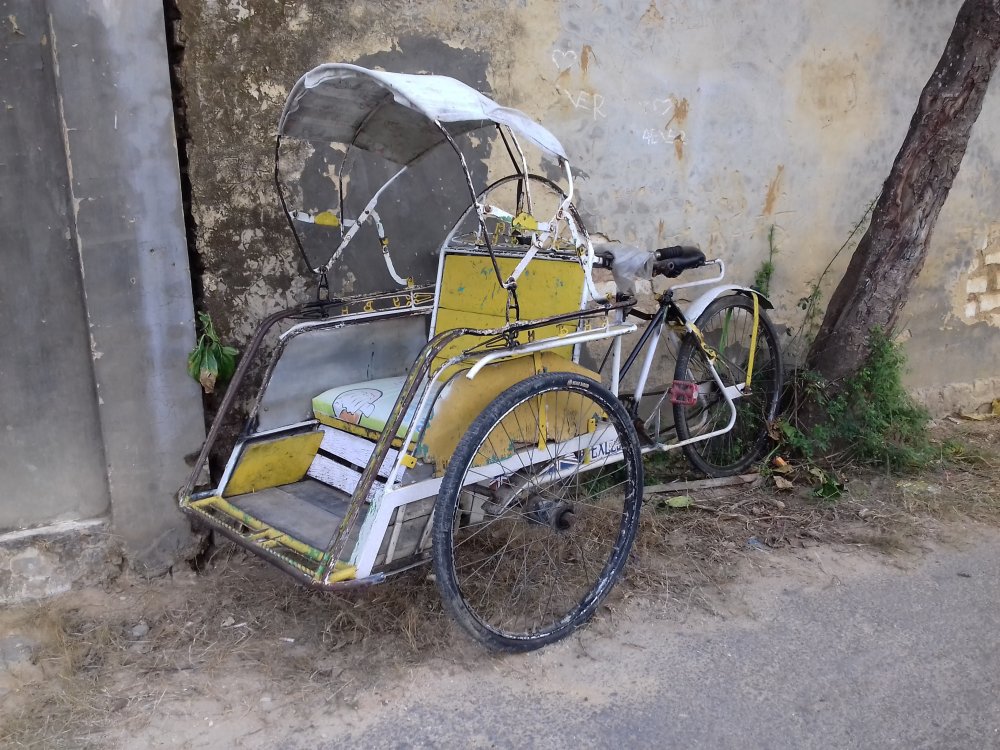 I mentioned how welcome I felt in Sumenep as a disembodied cry of ‘Hello, mister!’ flew by on a motorbike. ‘That is why we are the Soul of Madura,’ Ramadan laughed, gesturing proudly to a sign bearing the same message. His batik shirt and cone-like peci cap reminded me of the costumes sported by saronen ensembles, groups playing traditional music in the gamelan style. We stopped and listened: the same sound was drifting hypnotically from a nearby housing complex, its rhythms matching the intricate designs of the building’s marble tiles.

Ramadan took his leave on the final approach to Asta Tinggi. This stretch I completed by motorbike: although short, the climb was steep and beset by rampaging trucks and bemo minivans. The pilgrims of yore, I felt, would not have begrudged me safe passage. From an increasingly elevated position, I observed the totality of Sumenep’s flat, dusty panorama and rocky peaks stretching into the distance before their eventual assimilation by the horizon.

Upon arrival, I found a courtyard framed by palm trees, the buildings beyond it conveying an atmosphere of understated grandeur. A domed roof, the cemetery’s centrepiece, imposed itself upon faded green, red and yellow columns and carvings. To the front and side were two entrances; I strode forward, wondering what lay in store.

View all posts by eyeinthetom