Madura’s social and cultural heart is the crucible of modern Indonesia. Here you will find an oft-neglected region of rare tradition, historic significance and idyllic beaches with nary a foreign visitor in sight.

Warungs – simple cafes – line the streets and there are plentiful coffee shops to suit every occasion. Try the iced green tea in Ramio for a beautifully refreshing beverage, low on the brain freeze.

Here is an altogether grittier aspect of Sumenep. The streets are busier, the motorbikes louder, the vibe greasier.

Madura’s notorious karapan sapi bull races have their home at Stadion Giling – look for the giant golden bovines. It might not be why you’re in Sumenep, but it’s inescapable once you’re here. Bull iconography is everywhere and, from a folkloric perspective, its woven intrinsically with the regency’s DNA. In the mists of time plough teams would race across fields and today’s events are no different: two pairs of bulls, bedecked in colourful liveries and their young ‘jockeys’ perched behind on wooden sledges, thunder down the track with all the drama of an ancient chariot race.

You seek beaches, this is where you go. In all honesty, there’s little to recommend; Slopeng, on the northern coast, is home to a disheartening build-up of plastic waste, while its eastern cousin Lombang is so wide and expansive as to convey the impression of crushing loneliness. Luckily, there is more to both areas. Try searching out a topeng dhalang mask craftsman around Slopeng village; the distinctive wooden visages can be found all over Madura.

‘Private’ islands, free of crowds. Gili Iyang is better known as Pulau Oksigen on account of its abnormally high O2 levels, manifested in the hearty vitality and long lives of its inhabitants.

Head to tiny Labak for an equally sedate affair. Home to 50 people, stirring sunrise and sunset spots. Spend the night staring at the stars and marvel that somewhere so close to Bali remains off the tourist radar.

Where to stay in Sumenep

Tourism is still in its infancy in Sumenep, reflected in the scope of its accommodation. The budget-conscious shouldn’t be put off though, with enough places to comfortably call home. As a rule, the more rural the area the scarcer the places to stay.

Near-neighbours Family Nur and C1 are good hotel choices, being close to coffee shops, restaurants and ATMs. They’re also sociable: take a stroll towards Javain coffeeshop and chances are you’ll be press ganged into a football kickabout on the nearby pitch. Hotel Surabaya is a more central option and a short walk from Masjid Agung.

For those wanting quick access to Aria Wiraraja bus station on the outskirts, Hotel Musdalifah and Hotel Kangen are conveniently located. The latter in particular benefits from a peaceful, green setting.

If you’re a light sleeper, remember that mosques are planted liberally around Sumenep and loud calls to prayer begin at dawn.

The excellent Tourism Information Center (TIC) can provide help with all aspects of visiting Sumenep. Call Ramadan on +62 813 3428 7550.

Start a sightseeing tour at Masjid Agung Sumenep, one of Indonesia’s oldest mosques and an iconic landmark thanks to its striking white and yellow gateway. All life in Sumenep seems to gravitate towards it, such is its import. You won’t fail to marvel at the understated yet grand mixture of Chinese, Javanese and European architecture.

Remember what we said about Sumenep being the crucible of Indonesia? It happened here, in the 13th century, at the royal palace. Aria Wiraraja, the area’s governor, implemented a scheme to establish a new kingdom named Majapahit which would eventually inform the very foundations of modern Indonesia. Factor in an invading Mongol horde, rebellion, political machinations and back stabbings, and you have the recipe for a tasty Hollywood blockbuster.

The site itself is a great way to absorb Sumenep’s history with an attendant museum housing relics, ancient weapons, manuscripts and more.

Inhabit the role of devotee as you visit the royal tombs, a renowned pilgrimage site across Madura. Treat it with the reverence it deserves: walk 4km north from Masjid Agung and be sure to take in the sights, smells and sensations, but try not to flagellate yourself too much; no journey is worth missing out on deliciously gooey roadside pisang goreng (fried bananas) in the name of sacrifice.

Upon arrival you will find a courtyard framed by palm trees, the buildings beyond it conveying an atmosphere of understated grandeur.

This is the sound permeating Sumenep’s aether: a rousing, kinetic form of music often soundtracking traditional Madurese events. Saronen folk ensembles sport silk outfits and play in the gamelan tradition, inspiring a hypnotic fervour as their choreographed dance moves merge with an insistent combination of gongs, drums and double reed. Head to the bull races and chances are this is what’ll be used to psych up man and beast competitors.

A little out of the way, this, but worth the effort. About halfway long Jl KH Zainal Arfin lies a mosque. Its name is obscure but the view is superlative: find it in time for sunrise and witness the distinct domed roof cast its own silhouette across the rapidly bruising sky. In the midst of a fairly busy section of the city lies this bubble-like scene of calm and as such, qualifies as Sumenep’s most underrated attraction.

Here is a village into thrall to the sands of time. Quite literally, as explorers of Sumenep’s east coast will soon discover. The logic is simple: the inhabitants of Legung have a room in their homes dedicated to sand; no beds, no furniture, no pillows. Only sand. The theory is lost to history but the sand mattresses are now bound inextricably bound to the villagers’ lives: they are born on the sand, they live on the sand, they die on the sand.

Eating and drinking in Sumenep

Eating is a cheap, no-frills affair in Sumenep. Warung restaurants, usually of the point-and-pick Padang variety, are commonplace. Regional delicacies and the usual Indonesian staples – rice, noodles, satay, tofu, tempe, water spinach and so forth – are down-to-earth, filling and effortlessly delicious.

Rujak should appeal to gado-gado fans thanks to its combination of banana leaf, vegetables, peanut sauce and fermented petis shrimp paste. For added authenticity watch it being made at roadside stalls using the traditional flat cobek mortar and pestle. Should that not prove too filling, indulge in nasi jagung, a unique blend of rice and corn.

There are rich pickings for those with a sweet tooth, too. Gettas, gooey fried lumps of glutinous rice and grated coconut covered in sugar, is a popular snack, as is angsle, a soup-like dish of milk, bread, peanuts and boiled green beans. The daintiest sweet prize goes to jubede, a miniature log-like roll made from rice flour and brown sugar, all tied up in a tiny bow.

At night, coffee shops are the social scenes of choice. Take a pick from the larger, cavernous venues replete with live music and karaoke, such as Java In or Ramio, or enjoy the intimacy of smaller haunts as found in Tabularasa or Mbahid.

Check-in to: Family Nur. Slightly out of the city centre, here is the ideal base from which to explore Kota and beyond. Restaurants, coffee shops, ATMs and ojek motorcycle taxi ranks are all within striking distance

Walk around: The best way to orient yourself in Sumenep is on foot, and usually with no agenda. The people are friendly and will happily point strangers in any direction they require, but such is the city’s size and shape that you’ll invariably end up at the main sites regardless of route. Instead, take this opportunity to delve into any nooks and crannies you may find.

Hit the bull racing stadium: Check with the TIC to see if there’s an event happening at Stadion Giling. There is? Fantastic. What type? Well, is it an exhibition or league race? Doesn’t matter, now’s the time to witness the cacophonous blast of two teams of beasts chuntering full pelt down the track at full pelt. Blink and you’ll miss it.

Go sightseeing: Now is the time to explore. Conventional wisdom suggests working north to Asta Tinggi tombs from the royal palace: you’ll pass via Taman Adipura and Masjid Agung, and might well witness as batik fashion festival. If you’re particularly unlucky the insidious smell of durian will insinuate itself on your sinuses, for there are many such stalls en-route.

Lunch at: Warung Galipat on Jl. KH Wahid Hasyim. Bakso is the suggestion here: succulent pork dumplings in a simple broth flavoured with spring onions and chilli. Simple but effective and proof positive you don’t need to pay through the nose for a filling feed

Go shopping: On some level the visitor will comprehend something intrinsically important: Sumenep is an effortlessly colourful place. This splash of joie de vivre is inevitably the result of batik clothing, which, lucky for us all, can be found everywhere. Well-made, sturdy shirts cost as little as 50,000R and while the material itself can be pricey – in some cases over 900,000R a roll  – the quality is excellent. Toko Apollo Batik Madura on Jl. Raya Sumenep is a good place to start. 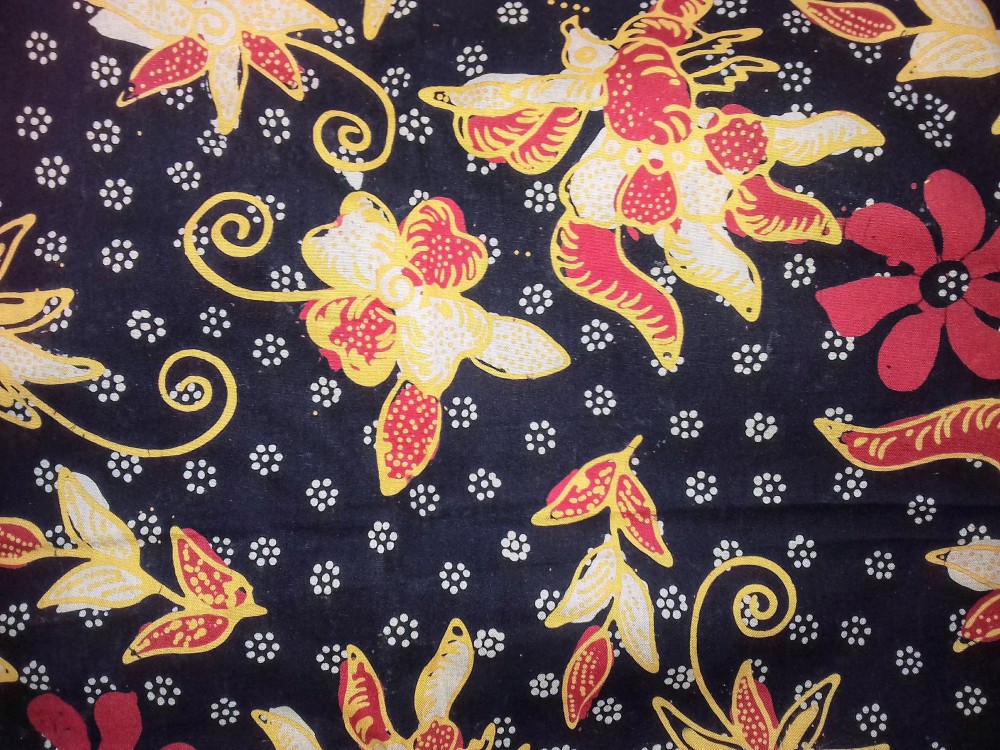 Have a coffee at: TabulaRasa. An intimate setting and a relaxing one away from the constant thrum of incessant motorbike traffic. The outer courtyard is a great place for mingling and, while the menu is generally excellent, the iced coffees are particularly refreshing. Keep an eye out for Guns n’ Roses guitarist Slash, de-aged and transposed into Madurese form.

Dine at: Warung Ayu Dewi, a 24-hour eatery where the fried rice/noodles are a steal at 10,000R (55p). The real reason to eat here, though, are the condiments, among which is a chilli sambal paste which displays the perfect mix of lethality and taste enhancement.

Take a daytrip: Head to Slopeng on the north coast. The beach is nothing to write home about but the surrounding countryside most certainly is: rolling verdant rice fields, charming villages and an unspoilt rural atmosphere. Stop off at the surreal limestone cliffs of Batuputih and wonder how nature could construct such stern, otherworldly shapes.

Eat at: Follow your nose – floating, like they do in the cartoons, you know the ones – towards the stalls on Jn. Sedulang where they deliver piping hot sate with thick peanut sauce for 15,000R. Both the quality and quantities are of a ridiculously high standard, and while our preference is for the chicken, the goat ones are just as lip smacking.

Go to: Burn off the sate with a stroll down to Ramio, the enormous coffee joint where freshly made iced green tea will perfectly complement the unintrusive live music. Pro-tip: if you’re from England they’ll insist on serenading you with Adele or Ed Sheeran tunes, so at the very least pretend you like them.

How to get there

Daily direct flights with Wings Air are available between Juanda International Airport in Surabaya and Sumenep’s Trunojoyo Airport. Flights leave the former at 12.50pm and make the return journey at 1.50pm.

Madura is also well-served by a regular bus service. Journeys between Surabaya’s Bungurasih terminal and Aria Wirajaya terminal on Kota Sumenep’s outskirts should take anything between four and eight hours. Bear in mind that conditions can be cramped and stifling, especially from Surabaya where many vehicles don’t leave until all space – including the stairwells and passageway – has been filled.

*(Cynical Editor: Does anybody actually read this?)