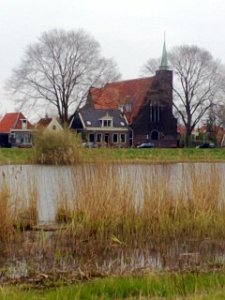 HAVING only two days to explore Amsterdam immediately creates a question: Do I want to queue for both of those days to maybe get into Anne Frank’s house OR do I explore the rest of the city in the brief time I have?

Fine, it’s a very loaded question, but of course, I chose the latter.

I strolled past the famous diarist’s home several times (I got a little lost on both days) and the queue to get in stretched down the street and around the corner every time.

Fortunately, Amsterdam is a wonderful city to get a little bit lost in. For one thing, English is widely spoken and sign-posted around the city and taxis are relatively cheap if you get stuck.

That being said, the best way to cover ground relatively quickly (and on a budget) is by using the wonderful tram system. I stuck to the city centre on foot as much as possible to soak this place in as much as I could in the time I had.

City for the ages

Walking alongside the city’s main arterial waterway offers stunning views of the city’s skyline and wonderful ships of different ages. Even the cranes constructing new skyscrapers off in the distance are quite a sight to behold.

Delving further into the city’s incredibly pedestrian-friendly centre is a joy. Quaint bookshops stand alongside geek merch stores but don’t seem to clash and Amsterdam’s water byways are as lovely as those in Venice.

It seems like cafes are everywhere and almost all of them are a fantastic place to stop for a quick shot of caffeine and to soak in the bustle of the streets.

Plus, did you know there’s a cinema in Amsterdam where you can buy a glass of beer? And I don’t mean in a paper cup – I mean an actual glass of beer? Well, you can – the Tuschinski Theater, below.

It’s no surprise Quentin Tarantino was so struck with this place while he was writing the screenplay for Pulp Fiction in the city.

Away from the silver screen, if you take a stroll through Rembrandt Square (Rembrandtplein) you’ll also find this bunch, the artist’s famous Night Watch.

Amsterdam has a reputation of being a bit of an adult playground, mainly due to its permissive laws regarding prostitution and cannabis. But, if you’re one of those men (and, yes, you are all men) who think that’s all the city has to offer, you’re missing out.

If you can drag yourself away from the city’s hash cafes and ‘coffee shops’ you will find a whole host of brilliant live music venues (especially if you love jazz) and some great ‘normal’ bars, cafes and actual coffee shops.

Taking a stroll through the red light district after dark is a bit of an eye-opener (for some, a wallet opener) and you will get approached by people offering all kinds of legal (and illegal) goods and services. Just keep your wits about you, the same as you would anywhere, and you’ll be fine – beyond that, I’m not going to tell you what to do.

For me, one of the highlights of my brief time in Amsterdam was the food. I’m not much of a fan of the city’s signature waffles, but I ate in one of the city’s many Argentian steakhouses and a Thai restaurant and they both offered great meals for a good price.

For the solo traveller, couples and groups of friends, the city is a wonderful place for a getaway for up to a week, especially if you have a love of art and architecture.

(History Editor’s note: The Dutch played a major role in Indonesia as colonialists. Fun fact 1: The citizens of Bunaken were known as the ‘Dutch Dogs’ after they sided with the invading forces from Europe. Fun fact 2: Bandaneira and the surrounding Spice Islands were colonised by the Dutch, whose influence can still be felt there today.)