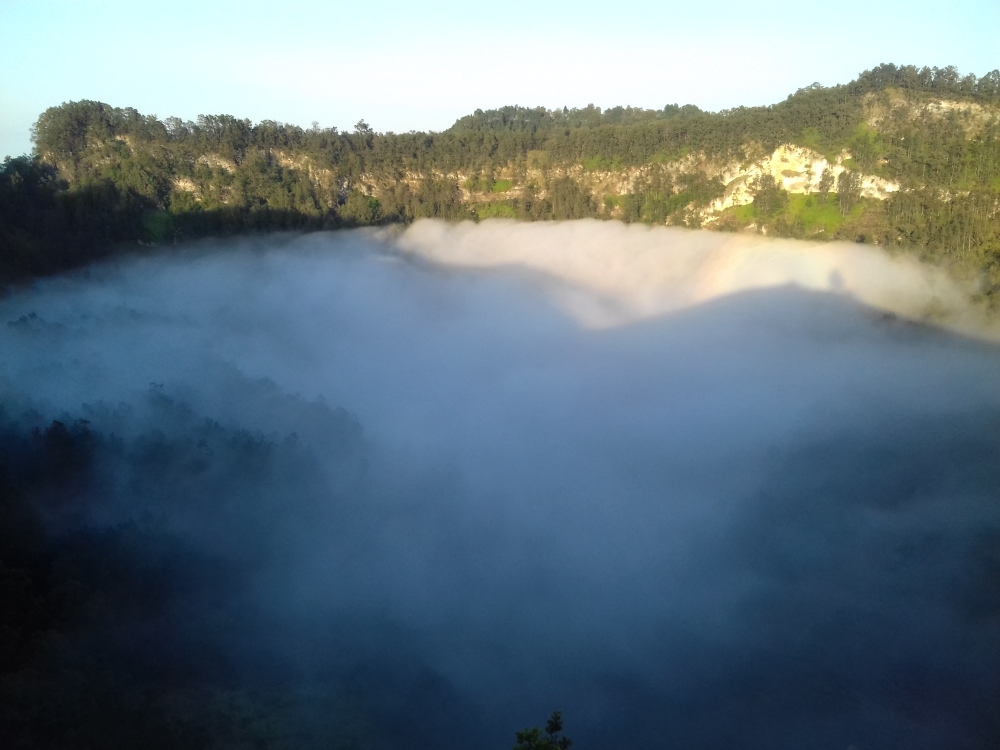 Volcanic Kelimutu remains one of Indonesia’s more enigmatic sites. Head high into the hills of central Flores, above the town of Moni, and there await three crater lakes. Arrive at daybreak and the sun illuminates a trio of lakes in distinctly different hues. Remain longer and chances are they’ll change colour independently of one another. It’s a pleasingly psychedelic natural phenomenon triggered by a complex process involving varying volcanic gas input and rainfall rate.

As with the rest of Indonesia, though, folklore punctures a hole through such ordered phenomena. Delve deeper into Kelimutu’s history and its true nature – or at least a version of truth – is revealed. The site holds a supernatural significance: according to some, the lakes act as a resting place for departed souls. Tiwu Ko’o Fai Nuwa Muri (Lake of Young Men and Maidens) and Tiwu Ata Polo (Bewitched or Enchanted Lake) slumber to the east.

It’s the third, Tiwu Ata Bupu (Lake of Old People), the westernmost body, which seems the most bewitched. Long after the sun has risen and cleared the sky of any clouds, a thick mist stays swirling around the crater. Faint outlines, vaguely human in shape, form and dissipate in the vapour. It may be a trick of the light or the effect of an overactive imagination, but the effect is the same. As the traveller winds their way away from the lakes they are left to wonder what’s real and what isn’t. Such is the effect of Kelimutu’s crater lakes.